Did you know that Istanbul is the only city in the world that straddles two continents, Asia and Europe? Amazing, isn't it? With its astounding cultural and architectural heritage, Istanbul remains to be one of the most popular travel destinations around the globe. 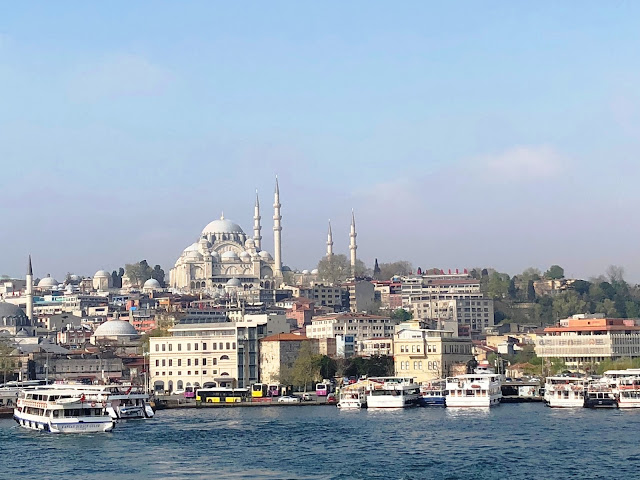 Here are 8 places that make Istanbul an incredible destination: 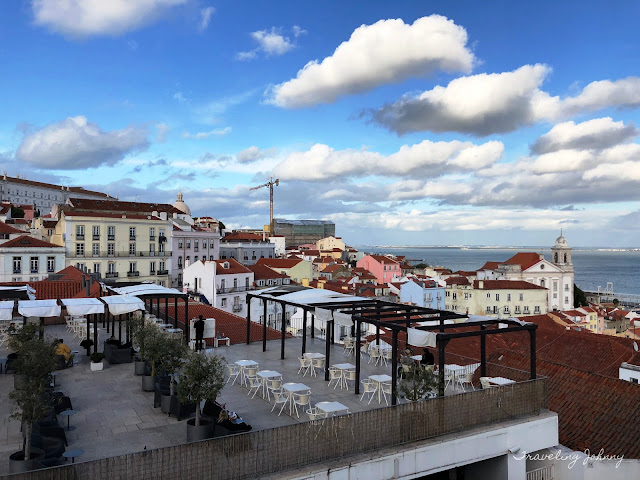 One of the many highlights of Istanbul is the Bosphorus, a natural strait which separates the European and Asian parts of Istanbul. It stretches 20 miles between the Black Sea and the Sea of Marmara. The name Bosphorus comes from a Thracian word that means ‘passage of the cow’, which is derived from the legend of lo who was one of many lovers of Zeus. Beautiful views of fortresses, forested hills, and Ottoman shore villages are some of the attractions to look forward to when visiting this place. 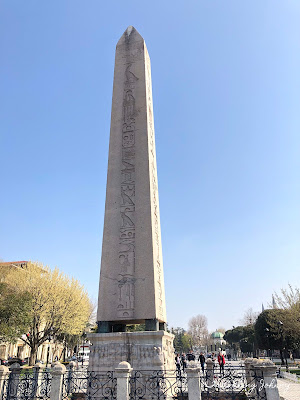 Built in the year 203, the Hippodrome of Constantinople was a prominent place for horse races. The word ‘hippodrome’ comes from Greek words hippos (horse) and dromos (way). It was also a place for gladiatorial games, celebrations, and other events during the Byzantine period. At present, a few fragments of its original structure are found at the Sultan Ahmet Square in Istanbul. It's a place every visitor will surely enjoy because of its one-of-a-kind charm and unusual history. 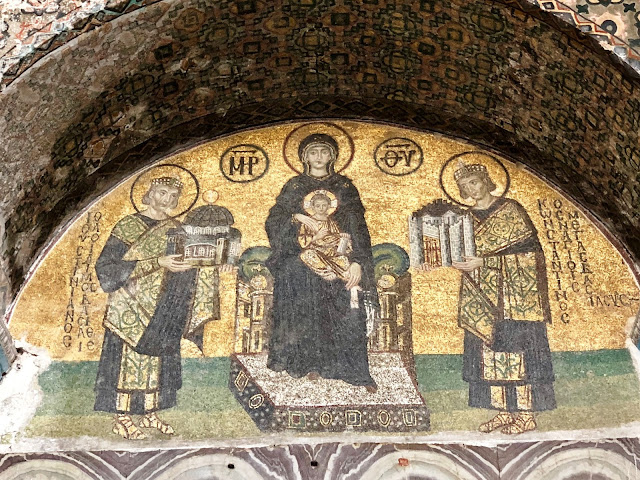 The Basilica Cistern is one of the oldest and biggest of its kind in Istanbul. It was built in 532 during the reign of Byzantine Emperor, Justinian I. This incredible structure is interestingly located underneath a big public square on the Stoa Basilica, the First Hill of Constantinople. 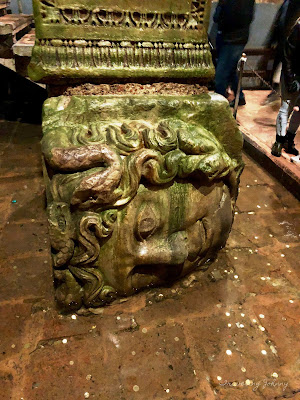 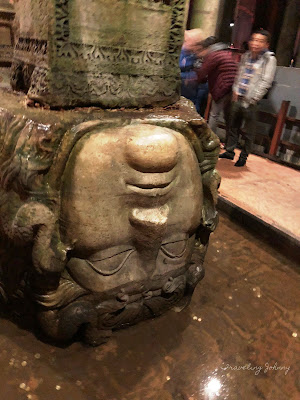 Among of its many wonders are the Medusa heads. Both structures support the two columns at the northwest edge of the cistern and were designed and built during the Roman period. According to Greek mythology, Medusa is a snake-haired monster which has the power of gorgonizing the ones that look at her.

Currently, the Basilica Cistern is open to the public as a museum and a home to many national and international events. 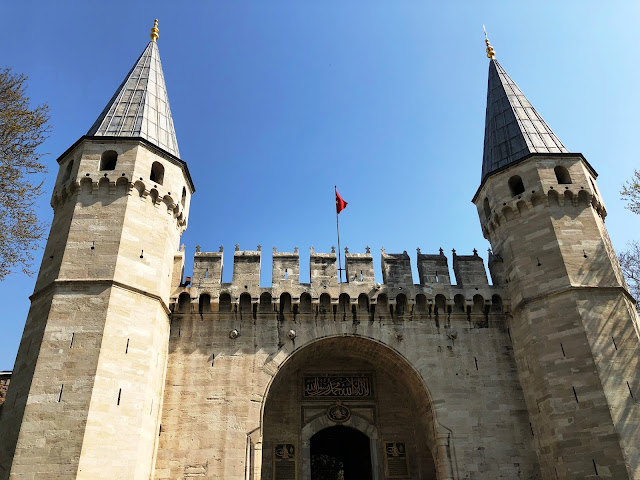 Istanbul has numerous old-world structures that are truly awe-inspiring.  One of its most popular ancient sites is the Topkapi Palace. Built between 1466 and 1478 by the Sultan Mehmed II, the palace was once considered as the political center of the Ottoman empire.

Today, it showcases empire's priceless treasures and maintains a wide collection of books and manuscripts library which date back to the 14th century. This destination is also famous for its architecture that allow visitors to have a glimpse of its historic past. 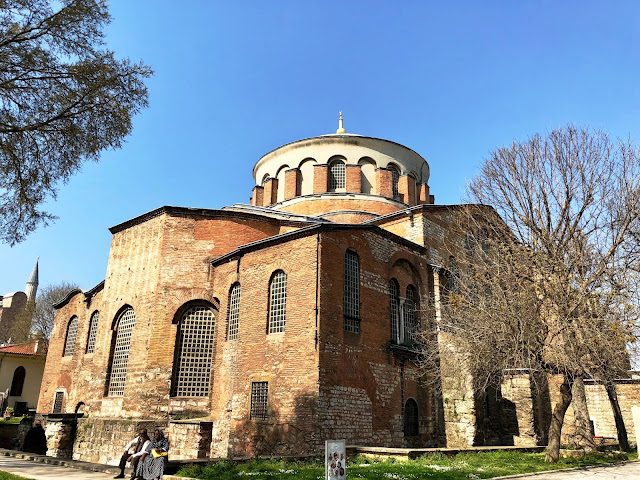 Hagia Irene is first and the oldest church built in Istanbul. Built in the 4th century by the Byzantine Emperor Constantine I, the church was dedicated to the God of Peace. The structure was burned during the Nika riot in 532 and was restored in 548 by Emperor Justinian I in 548.  Today, it lies inside the walls of the Topkapi Palace complex and operates as a museum and also as a concert hall. 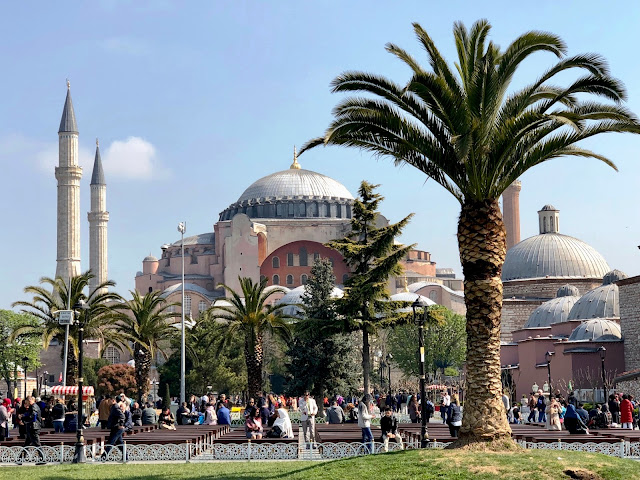 Istanbul is known for its many marvelous and historic mosques including one of its most notable, the Hagia Sophia.
With its eye-catching red wall and minarets, Hagia Sophia beautifully stands out in the city skyline. Originally built as a Christian church in the year 360, it was operated and owned by the Orthodox Catholic and Roman Catholics in different periods of time. It was later turned into a mosque and now a museum that exhibits many significant relics from its past. 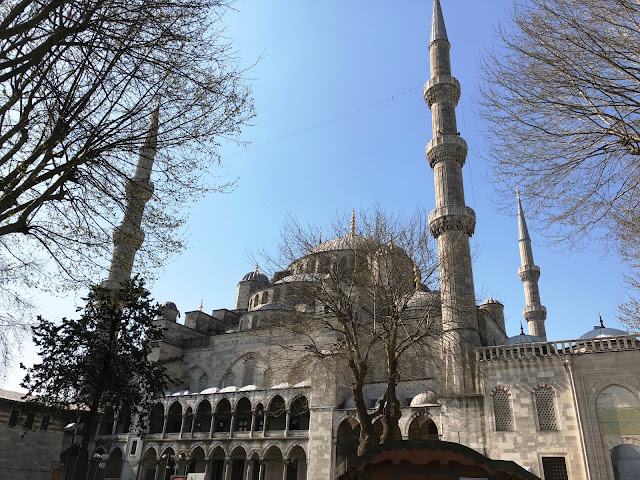 Another notable mosque in Istanbul is the Sultan Ahmed Mosque, also known as the Blue Mosque because of the color of its interior decors.

Its architectural style and interior details are masterfully designed and crafted, making every visit/worship worthwhile. 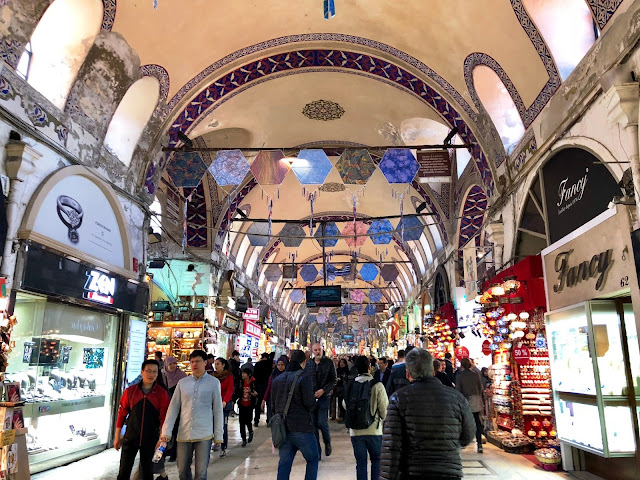 The Grand Bazaar is the biggest and oldest covered bazaar in the world, with over 3.000 shops. Here, you'll have access to Turkey's best finds.

These and so much more are what make Istanbul one of the most incredible places in the world. Comment below to share your thoughts! 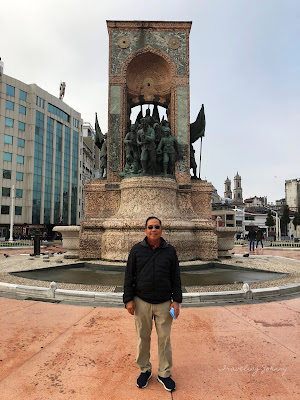 Posted by Johnny Francisco at 11:19 AM